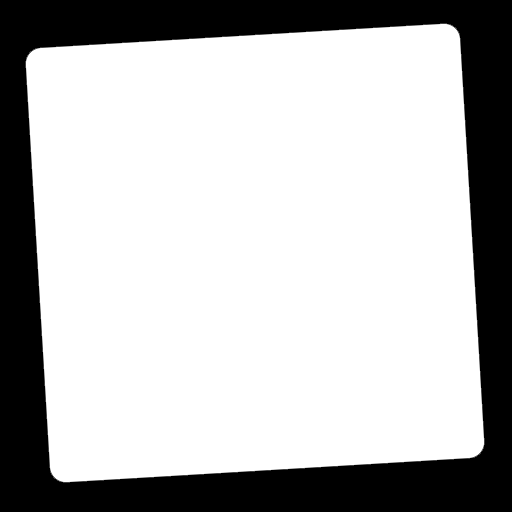 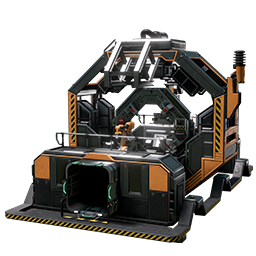 in the photos is the combination of 4 right modules and 4 left modules (two layers, 4 modules each layer).

This is the left version.

i created this 32x32x16 (exactly 4x4x4 foundations big) (meters module with the idea of clean in my mind, with belt seen from above trough the glass as they where some kind of "bus" we don't wanna and see and care about. The final result is fully walkable and climbable and... it's purple! don't hate me for that, i spent hours choosing the gradient. The blueprint itself starts with no floor but rather ends with a roof, i think this is the right philosophy, so place a 4x4 foundation blueprint first, it will just snap above, making it easier for you to plan where to place it since this job is already done by the foundation blueprint. Despite you can easily use this alone, it's meant to go, as you can see, in group of four, since the calculator doesn't let me add more then three photos, here are some instructions on how to combine them:

oh yes, there are 3 assemblers per module, so for each layer the count is 12!

1 - combine the right and left version:

reminder: as of now you can't ctrl+z your actions in satisfactory, BE CAREFUL with complex blueprints! or just save before applying" once you have actually pasted the thingies ("ports sides" have to touch) go inside and figure out which are the input and which is the output, i already placed mergers and splitter for you, then replace the default mk1 belts with whatever is needed (you just need to click on the belt with the new one) then, on top of this hub you are now add the central railing and the t-cross catwalk, connect the assemblers together with a long cable in the middle and you're done!

2 - add two couples together to make a full layer:

the other couple should be separated by one foundation by the other, i suggest using blueprint to paste the line separating the two floors (two lines of 4 foundation). once placed you will notice the door is on the other side, that's good, if you don't like it, well, change it, satisfactory is not a game about complaining but making your own blueprint. Once you done you should have a 2x3 space in the center, looks cool, doesn't it?

2.5 - stairs: 3. do not place the stairs on the floor foundation but offset them by one. figure out orientation yourself. railing are placed illegally by first placing a wall and then deleting it. the other side of the "hole" should be where inputs come from, but that's your choice

that's the end point to the guide as i didn't go past it since this is a fresh idea. Just look at the photos and invent a design remember input are mirrored (look closely and you will understand)

bonus and advices: don't add too much to the stairs as light can still pass trough. many point valid for adding hypertubes, like in the middle of the stairs (since they are transparent).

Support me on Patreon!

Did you knew that you can support me on Patreon?
As a freelancer, you can weight into my work more than you can think,
every single donation is time for me to do more awesome work for the community!